For the Love of Marines

It seems as if we have had a jam-packed schedule the last month or so. We've had several Marine Corps events to attend. Sorry I have been a little behind posting these pictures!
John's unit won squadron of the year for the Marine Corps Aviation Association. 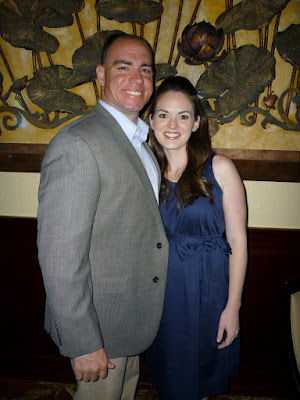 I must also add that he was nominated for the Command and Control officer of the year! Sorry if you don't speak military lingo, but it was a pretty big deal!
John and his friend Matt doing their typical pose. I have no idea where this came from, but I think they have to have a picture like this at every event! 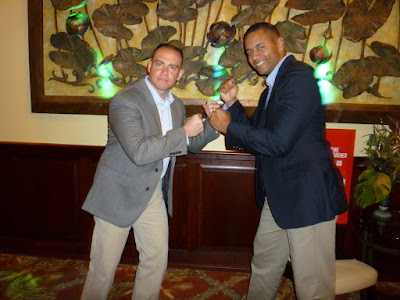 A few weeks later his squadron hosted a Dining Out for their Marines and their spouses. 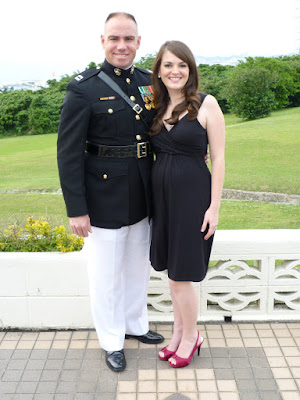 A Dining Out is basically a formal ceremony with dinner that generally has a sense of fun and is intended to promote camaraderie. There are "rules", and generally many of them are funny. If you get caught breaking a rule you run the risk of being fined and are sent to take a drink from "the grog", a fairly disgusting combination of alcohol and pickle juice, croutons and who knows what else! A few of the Marines were punished by being forced to sing songs or dance in front of everyone. A good time was had by all!
Finally, as is always the case in the Marine Corps, someone is always leaving. We attended a Change of Command for his boss' boss. 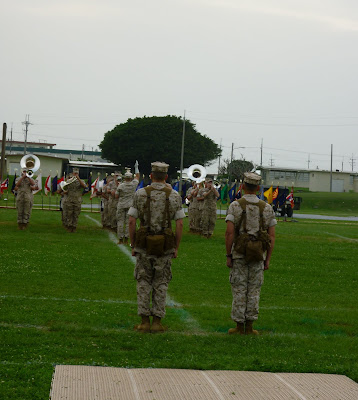 My favorite Marine was the narrator for the ceremony but I was sitting in a place where I couldn't get a good picture of him.
Afterwards there was a reception and a few of us stayed later for some karaoke. This man is a surprisingly good rapper! 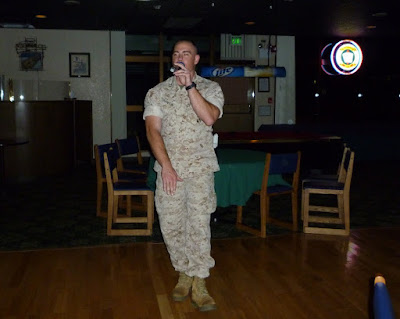 Who knew?!? I'll have to show you a video one day to prove it! 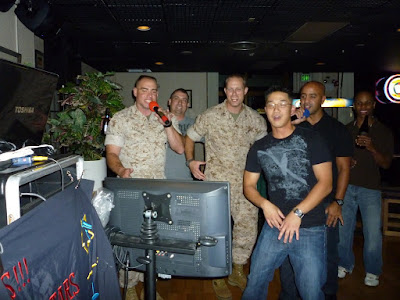 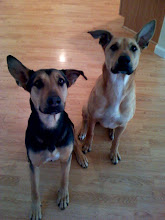